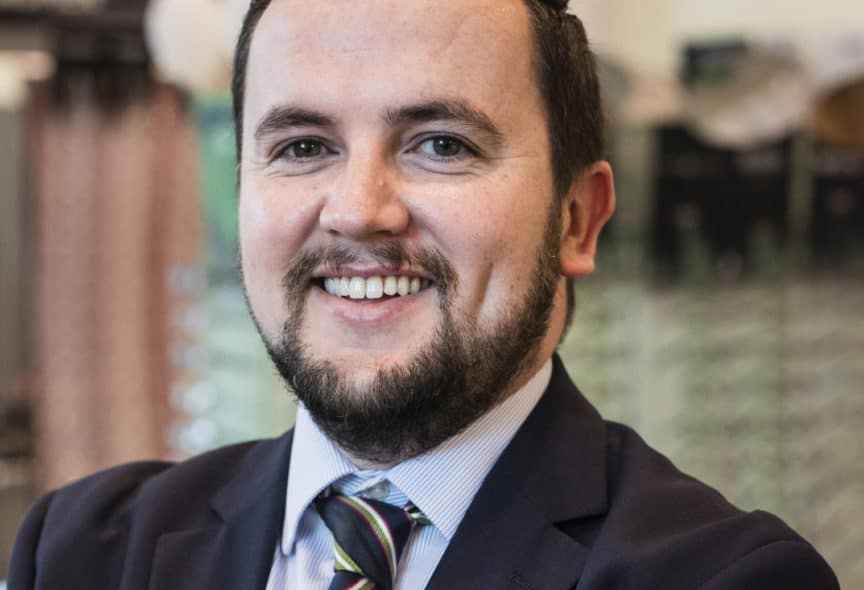 At the age of just 33, optometrist director Keith McCallion already has two stores under his belt, sharing responsibility with two other directors in Longford and one in Athlone.

Having worn glasses since the age of seven, Keith has always had an interest in optometry and decided to pursue the subject at university without really knowing what he was going to do at the end of it. ‘I didn’t know how Specsavers worked but then, one day, someone came to my university and explained about joint venture partnerships, explains Keith. ’

In just four short years, he went from being a student to being a partner in a thriving business.

By his own admission, Keith ‘never just wanted to hand out glasses’ so when an opportunity arose in Ireland to buy shares in the Athlone business, Keith jumped at the chance and he doesn’t regret his decision. He loves the variety that comes with his role. ‘One week, I can be testing seven days in a row and another I can be doing mostly administration. No two weeks are the same.’

Not only is he a business man but Keith is also very aware of how gratifying a career in optics can be.

He tells the story of how, in 2011, 11-year-old Niamh visited the Athlone store after suffering from what doctors thought was swine flu. However, after an eye examination using a retinal camera, it was clear that she was suffering from pressure on the brain which was potentially life-threatening. Niamh was successfully treated and remains a Specsavers client to this day.

Niamh’s mum, is extremely grateful to Specsavers:’ People often don’t appreciate that eye examinations can identify various medical conditions and I can’t thank the team enough for acting so quickly.’

Having made a success of his career, Keith is keen to encourage others to follow the same path and believes that the Specsavers model is the best as, unlike in private practice, students can work while still studying and there is time for career progression,

He has been to Dublin University to encourage students to join his store for their pre-reg year and has three trainees under his wing, one of whom has already obtained a foundation degree funded by the store. ‘You have no student loan to pay and you can join with nothing and you can realistically go on to having your own store.’

Keith is not resting on his laurels and is hoping that sometime in the near future, he will be involved in other stores in the region. As he says: ‘Specsavers don’t want people to travel too far as, before the Longford store was opened, people used to drive miles and miles to see an optician.’
Keith’s advice to anyone wishing to do the same as him is to take a chance and be willing to move – from then on, anything is possible.