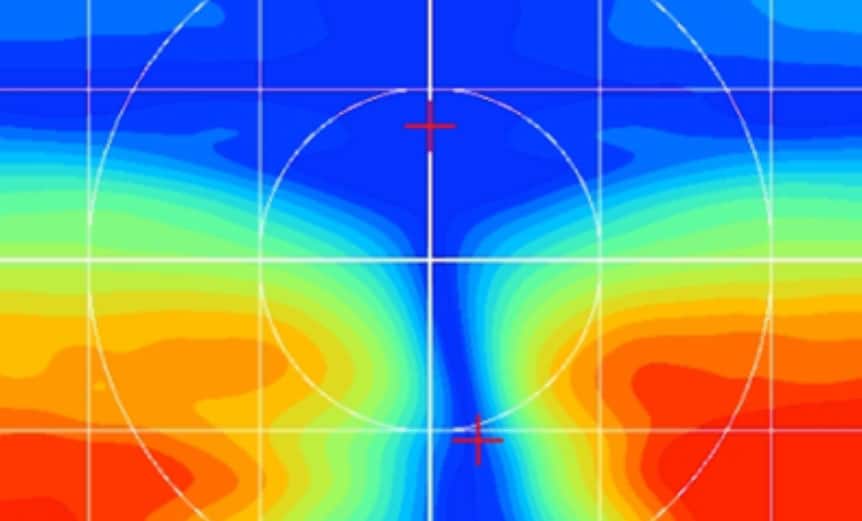 Selecting the most suitable progressive lens design for a patient is a decision made by dispensing opticians numerous times in a day. This decision is often based around the patient’s lifestyle and the impact of the prescription can often be overlooked.

Various lens parameters will vastly impact the progressive lens design and so this should be considered when selecting a lens for the patient. The use of isocylinder plots can assist with this –however, the plots provided by manufacturers often show a plano prescription with a +2.00 addition and so are not a true representation of the lens.

This case study shows the impact of the varying lens parameters and will allow you to assess whether the use of isocylinder plots during lens selection is the most effective tool. 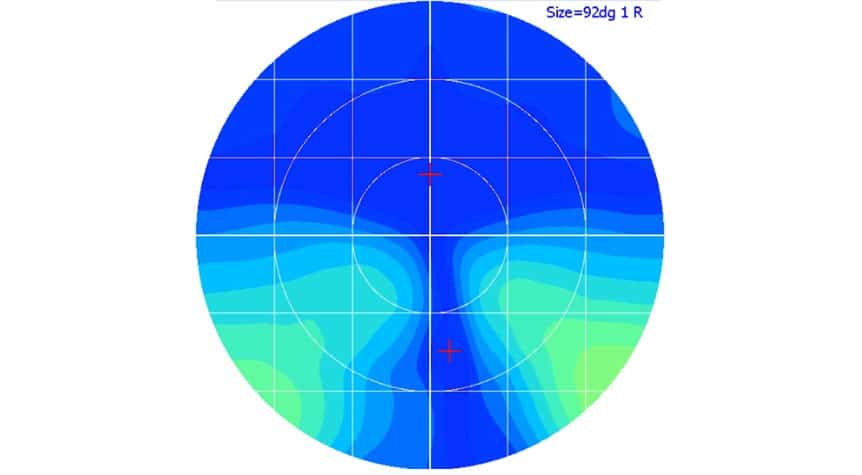 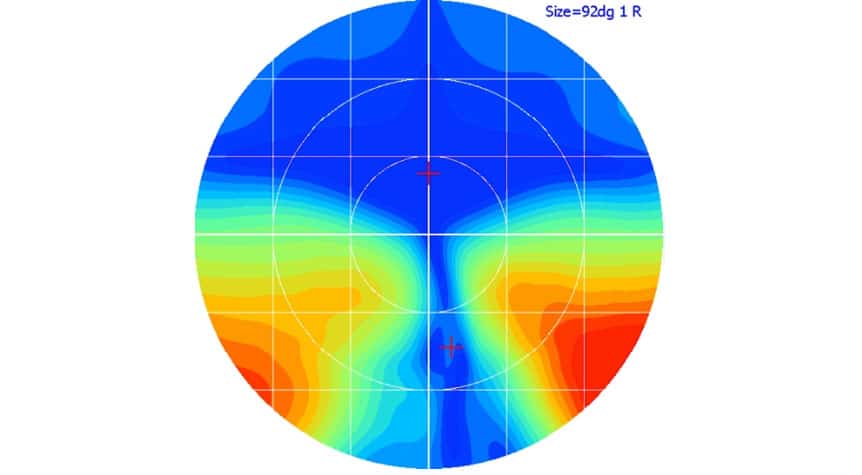 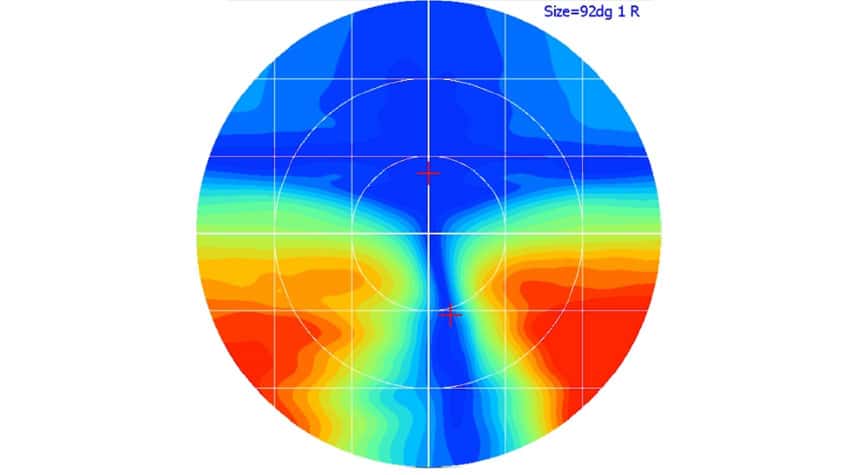 Figure 2. The addition is now Add +3.00 D. All the other parameters are unchanged. 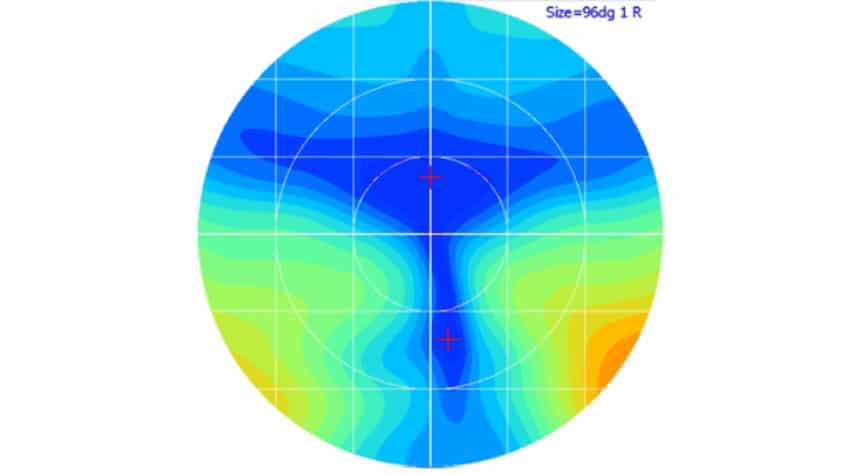 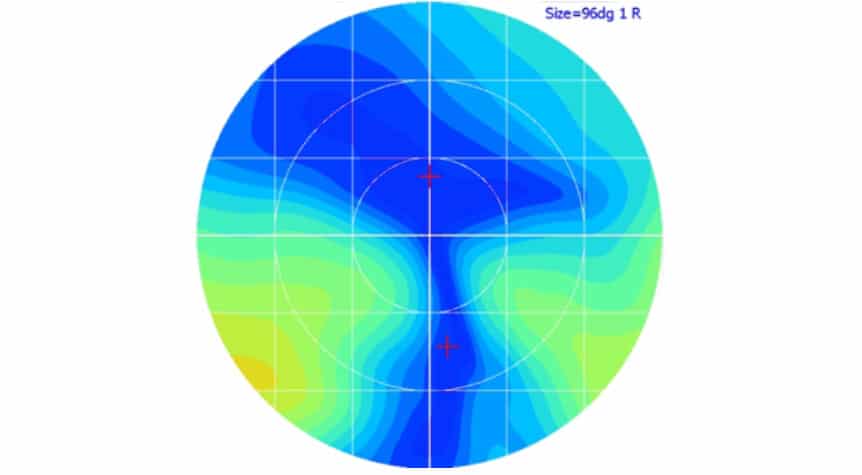 The cylinder axis has been changed to 45. All the other parameters are unchanged.

What advice would you give a student dispensing optician or optical assistant regarding the use of isocylinder plots in practice?

The terms ‘hard’ and ‘soft’ in relation to PPLs

The origins of the terms “hard” and “soft” go back to the early 1970s when the first aspheric front surface PPL (Varilux 2) was introduced. One of the design features of this lens was the fact that the transition from the distance power to the start of the progression was much smoother and less abrupt than in earlier lens designs. This made the lens less sensitive to small errors in vertical lens position. So the term ‘soft’ began to be used to describe lenses with a gradual start to the progression and ‘hard’ indicating the original PPL design.

Depending on the distribution and amount of surface aberrational astigmatism, PPLs can be described as either hard or soft in design. Some manufacturers have also used the terms ‘firm’ and ‘ultra-soft’ to describe their lenses!

In hard designs, the surface aberrational astigmatism is limited to the nasal and temporal areas of the lens. Hard designs usually have a narrow progression corridor, a relatively wide reading area and a full width distance portion. The closely spaced isocylinder lines of hard designs indicate a rapid rate of change in surface astigmatism.

Soft designs have a narrower reading area compared to hard designs and are said to be easier to adapt to than hard designs. The terms ‘hard’ and ‘soft’ are not really scientific but are frequently used to differentiate between lens designs and to explain lens performance to patients. It is important to realise that these terms are relative and cause endless confusion.

Use contour plots with care

In addition, most PPL manufacturers use a lens power of plano +2.00 D addition PPL to construct their contour plots, which of course provides a very limited illustration of lens performance as the distance prescription, reading addition, lens design, progression length, pantoscopic tilt, vertex distance and face-form angle will all affect the distribution of the isocylinder lines in a contour plot.

However, many practitioners rely on manufacturers’ published isocylinder plots to provide them and their patients with an indication of the intended progressive design. As mentioned above, isocylinder plots are often based on a plano distance portion with a +2.00D addition PPL. At this power, many ISO plots can look very good but they do not reflect the true design implications when ‘real’ prescription values are used in comparisons.

The take-home message is: use contour plots with care.