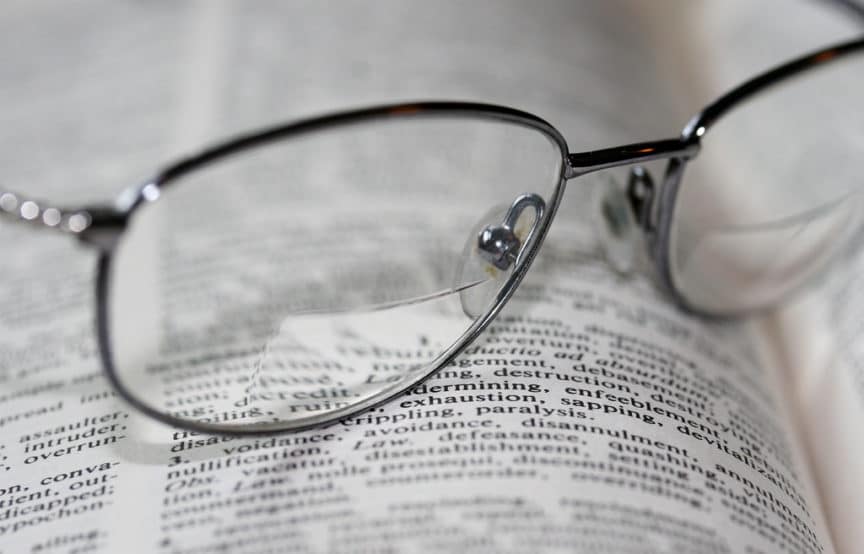 A 76-year-old retired gentleman, presented with his first eye exam in over ten years (most likely longer than that). He had only ever worn ready made reading glasses, and says he has never needed glasses for driving as he can ‘see perfectly well’. He was accompanied by his daughter who explained that her father ‘has difficulties remembering things he has been told’.

Recommended separate pairs, distance and near, advised must use Rx for driving and add Ultraclear.

One pair of bifocals.

Px reported experiencing problems with the bifocal line and that he was unable to tolerate the near Rx when looking down through the segment. Px also noted that he had tried a relative’s progressives and felt this would be a much better solution.

The Px was then dispensed elite progressives with Ultraclear, as it transpired he had been most adamant this was all he would accept and insisted on ‘the best lens available’

Distance vision blurry with new progressives and a ‘very narrow area to look through’, also explained the vision was blurry with the bifocals also, but this was not mentioned at the time. Felt distance vision better without glasses and reading was also not as good as ready readers.

Px also explained that the reading zone in the progressives was apparently bigger in one eye than the other. Px was advised to have a retest.

Advice from the second test

Stay with progressives and new Rx, or if using computers consider a second pair of Access.

Separate pairs as per the original advice from the initial optometrist, Px advised to use the driving glasses due to not meeting the required legal standard for driving and the reading will be better as single vision due to the simplicity of the lens compared to progressives.

More careful monitoring of remakes, this case outlined a lack of social responsibility and ethical decision making, this issue required a more experienced team member to monitor the outcome and the Px had specific personality issues which required better control.