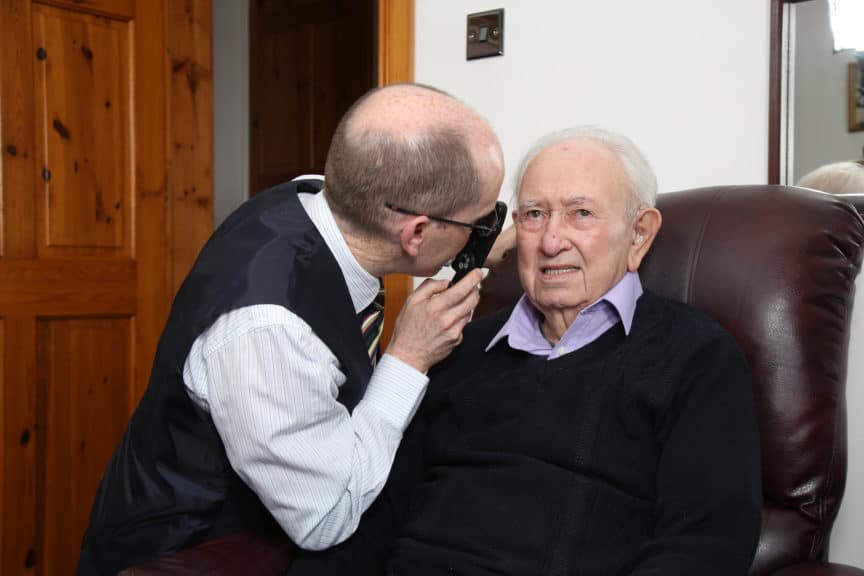 Great-Grandfather Richard Wooding is calling for those who are unable to leave their homes to take advantage of the Specsavers Healthcall home-visiting service after a recent eye test saved his vision and detected signs of a potentially life-threatening condition. The retired carpenter, who was hospitalised for nearly two months after he suffered a stroke earlier this year, complained of loss of vision in his left eye after he was discharged from hospital. Convinced something was wrong he decided to book a home appointment with Specsavers Healthcall.

Keen to provide the very best professional care and advice, Specsavers Healthcall ensured an optometrist was quickly on hand to check for any issues with Richard’s sight. Following a thorough eye examination, Richard’s optometrist made an immediate hospital referral for further checks.

Within 24 hours and further tests at the hospital, Richard was diagnosed with having another stroke, which was the reason he was unable to see out of his left eye. A blood clot was removed allowing him to see again, saving his sight and sparing further damage to the rest of his body.

As an avid reader, Richard is delighted with how a simple at-home eye test has played a massive difference to his life. He says: ‘I now realise regular eye tests are so important not only for detecting a change in vision, but also for any other underlying health conditions. I’d urge anyone who is unable to visit a Specsavers store unaccompanied, to get in touch with the Healthcall team.’