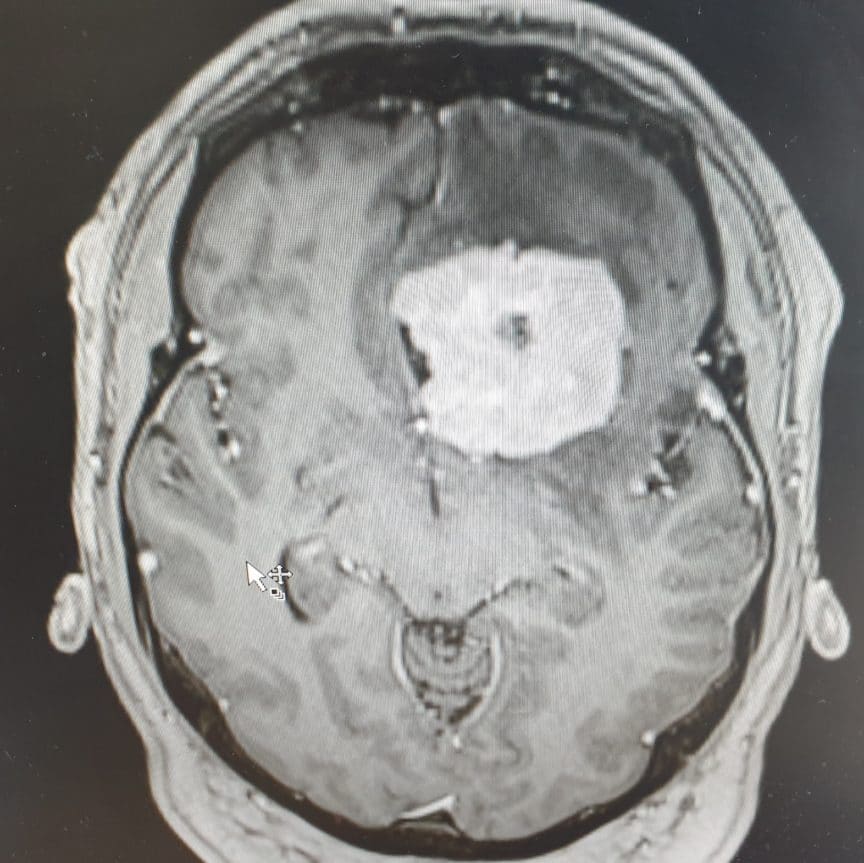 A 46-year-old man from Cardiff is urging people to get their eyes tested after a routine sight test identified a tennis ball-sized tumour behind his left eye.

Dean Wright had no idea he had a tumour growing near his brain until he visited Specsavers on Queen Street in August 2018. He was seen by optometrist Tahira Rahman, who identified the blood vessels behind his left eye were inflamed. He was referred to the University Hospital of Wales for further tests.

After a CT scan and an MRI, a neurologist told Mr Wright he had a cerebral meningioma – a benign brain tumour. Following a gruelling operation to remove it, doctors told him the tumour was almost the size of a tennis ball and, if it had grown further, could have been disabling or even life-threatening.

Mr Wright suffered from losses of consciousness in the days following his operation and hasn’t been able to drive since. However, he has returned to work at Johnstone’s Trade Paints, on light duties.

‘The doctors couldn’t believe I’d had no symptoms at all,’ he says. ‘When a tumour is that size, people suffer crippling headaches or blackouts, but I didn’t. To me, it was just a normal day, a normal check-up – until Tahira spotted something wasn’t right and referred me to hospital.’ 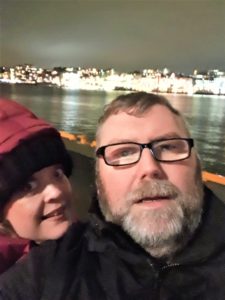 According to the charity Brain Tumour Research, around 16,000 people are diagnosed with brain tumours in the UK each year, and there are estimated to be more than 60,000 people living with a brain tumour1.

He continues: ‘It’s easy to assume that a sight test is just to check your vision, but it’s much more than that. During my visit to Specsavers, I learnt very quickly that it’s more than just an eye test and choosing new glasses – for me, there was a lot more at stake.’

Tahira Rahman, optometrist at Specsavers in Cardiff, adds: ‘We’re telling Dean’s story to show that eye tests are a ‘must do’, not a ‘should do’, as your eyes can often provide an early indicator of wider health conditions, regardless of whether you’ve had any symptoms of illness or not.