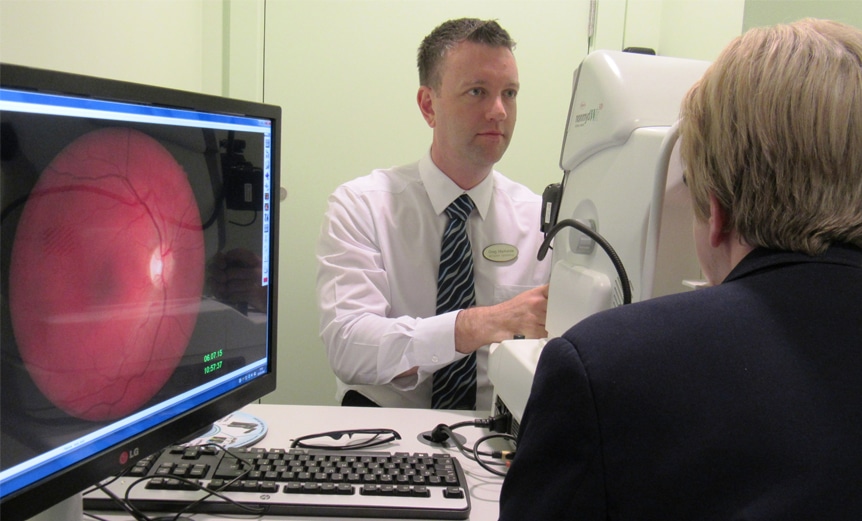 Specsavers and the International Glaucoma Association (IGA) are joining up in a million pound health information campaign to raise awareness of glaucoma and encourage people to have regular eye examinations.

Glaucoma – often described as the ‘silent thief of sight’ due to its gradual onset – causes damage to the optic nerve. It affects 600,000 in the UK and more than 64 million people worldwide making it the leading cause of irreversible blindness globally.

The campaign begins by highlighting research findings that men are at greater risk of losing their sight than women because they ignore warning signs and do not seek medical attention. The research, which focused on glaucoma, was carried out by City University and showed that men are 16% more likely than women to suffer advanced vision loss on diagnosis of the condition.

Timed to coincide with World Glaucoma Week , which runs from 12 to 18 March, the campaign will include TV and national press advertising, online activity and posters and health information in Specsavers’ 770 stores nationwide.

Welcoming the partnership, Karen Osborn, CEO of the IGA, says: ‘Glaucoma is found in 2% of the UK’s population aged over 40 . Most of those people have a slow developing form of the condition and we estimate that half of all cases – that’s over 300,000 people – remain undiagnosed and are unaware that they are slowly losing their sight.

‘Research shows more men than women are expected to be in this group because they simply do not seek medical treatment as readily as women.
‘The health awareness campaign the IGA is working on with Specsavers will educate about the importance of regular eye examinations before significant sight is lost. Once sight is lost, it cannot be recovered.’

The Specsavers IGA partnership follows a similar agreement between Specsavers and Royal National Institute of Blind People announced last August. The logos of all three organisations will appear at the end of the Specsavers TV ad which airs from Sunday onwards.

Sally Harvey, Chief Executive of RNIB, says: ‘We welcome any initiative that encourages people to look after their eye health.

‘Regular eye tests and early detection on the high street, followed by timely intervention and management of eye health conditions, could help save your sight.’

Doug Perkins, Co-founder of Specsavers and an optometrist for more than 50 years, is delighted by the partnerships with the IGA and RNIB.

He says, ‘Working together with people who are so committed to eye health and do such amazing work is a real privilege. I am looking forward to a long and fruitful relationship with them.’

Following Specsavers’ drive last year for all its optometrists to be Level 2 accredited in minor eye conditions, the focus has switched to glaucoma accreditation. By World Glaucoma Week, every Specsavers store will have at least one optometrist who has completed the WOPEC (Wales Optometry Postgraduate Education Centre) Level 1 glaucoma accreditation, reinforcing their skills in detecting glaucoma and monitoring the signs of its progression, with Level 2 set to be achieved by all optometrists by September.