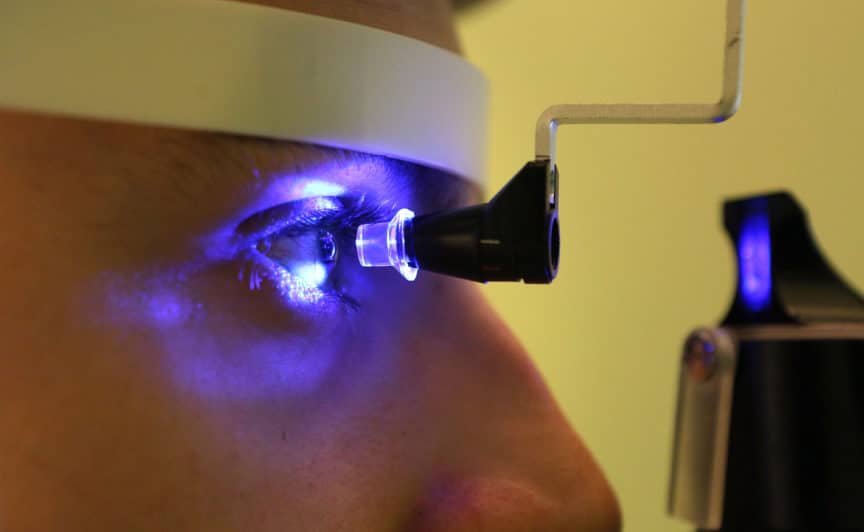 Ross Campbell, Director of Optometry Advancement at Specsavers provides a picture of the largest cause of preventable sight loss in the UK – glaucoma and discusses best practice for detection and treatment protocols.

Over 700,000 people in the UK1 live  with glaucoma, of which an estimated 300,0002 do not know they have the condition. 146,000 people live with sight loss that is severe enough to have a significant impact on their daily lives, such as not being able to drive. Alarmingly, this number is expected to rise by 22% from 2015 to 2025³ due to people living longer.

An estimated 50% of UK glaucoma cases are undiagnosed4 with previously undetected cases largely identified at routine sight tests by community optometrists. This is why optometrists say that regular sight tests are essential to detect glaucoma in people over 40s and at-risk groups.

What is the current gold standard for treatment?

The main aim for treatment of glaucoma is to reduce the intraocular pressure (IOP) of the affected eye(s). This is most commonly achieved using specific eye drops, but sometimes laser-treatment or surgery is also used.

Is there any new technology targeting this sector?

What equipment targets detection and how effective is it?

Three main pieces of equipment have traditionally been used to identify glaucoma. Tonometers measure the intra-ocular pressure inside the eye, which can be raised in people with glaucoma. Visual field screeners are used to assess the effect glaucoma has on the patient’s vision. Finally, assessment of the optic nerve head using an indirect binocular technique such as a slit-lamp and a condensing lens is vital to identifying glaucomatous changes to the optic nerve over time.

With respect to effectiveness, glaucoma is a progressive condition, and so regular assessment using the above equipment, especially in people who are considered at risk of developing glaucoma, is the most effective way to identify people with the condition.

What are the challenges to improved glaucoma detection?

I would suggest that a lack of awareness among the general public about glaucoma and the fact that most people with glaucoma are symptomless at the time of diagnosis is the single biggest challenge in detecting glaucoma early enough to be able to slow down the progress of the disease and prevent irreversible sight loss.

An RNIB YouGov poll also found that although nearly three quarters (71%) of adults have had a sight test within the last two years, more than a quarter have not (27%). This is equivalent to nearly 14 million people5. This includes people at risk of preventable sight loss, such as those with diabetes or a family history of glaucoma.

Is the system of NHS referrals effective and is it changing in the future?

Generally, the current system of NHS referrals for glaucoma is effective. The way in which people are referred differs depending on where they live due to the fragmented nature of NHS services. There are plans to introduce e-referrals, instead of the current system which is generally paper-based. E-referrals are currently used in certain health care systems including Scotland and Northern Ireland.

How do you see the treatment of glaucoma progressing in the future?

There are many potential future treatments being investigated for glaucoma including investigating the possibility of regenerative medicine to help repair damaged nerve fibres, stem-cell therapies, and new surgical techniques. But ultimately the best way to treat glaucoma well is to identify the condition at the earliest possible stage, as this can ensure appropriate treatment is administered and the rate of progression of the disease is minimised.