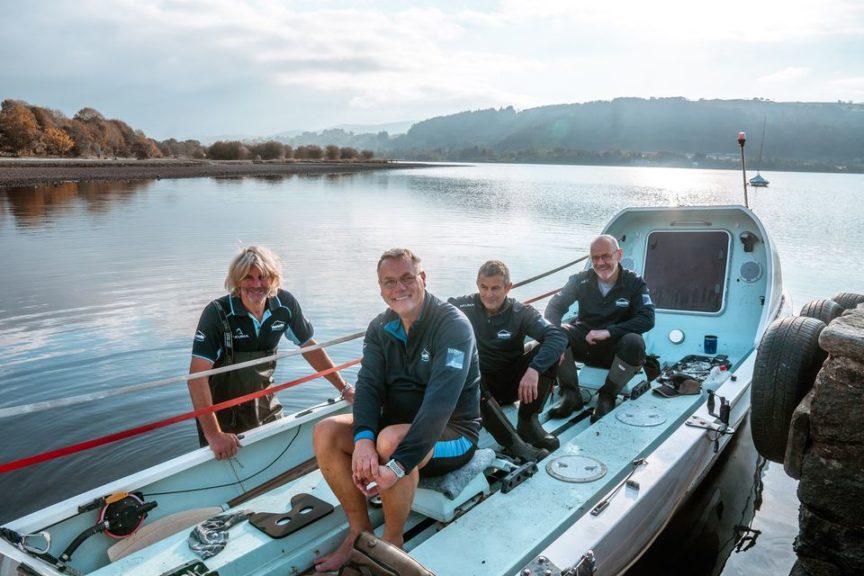 Martin (59), an optometrist at Specsavers in Wellington, Somerset will attempt a gruelling 3,000 mile rowing race as part of a team of four, named the Wrekin Rowers. As well as testing eyes, 2021 will be  a year of hard training and fundraising to raise £100,000 for two charities: Severn Hospice and the Royal National Institute of Blind People (RNIB).

Although always a keen rower, having won a bronze-medal for Concept 2 indoor rowing, this will be the first time that Martin will have taken on a challenge so epic – which will see him and his three friends battle the elements for around 45 days of round the clock rowing. They will set off from the Canary Isles in December 2021, then row across the second-largest ocean in the world and land in the West Indies the following February.

Martin will be joined by Stuart Shepherd (56) and brothers Stuart (51) and Gary Richards (54) who are all members of the Shropshire Adventure Rowing Club (SARC).

‘The challenge is two-fold really,’ comments Martin. ‘Firstly, there’s the race, a journey of the unknown which will undoubtedly demand not only our utmost physical fitness but mental attitude too.  Then there’s our pledge to raise £100,000 for the two charities, both of which are very close to our hearts.

Martin’s late wife Becky passed away in 2010 and he says that exercise and fitness has been a restorative journey for which engendered a love for having a goal and a challenge. “Rowing, initially indoor and more lately outdoor and maritime rowing has been a focus for my exercise and has brought me into a friendship group of like-minded individuals who I am proud to join as a team. We all live within sight of a famed local landmark, the Wrekin Hill in Shropshire and are proud to be known as the ‘Wrekin Rowers’ looking to take on the biggest challenge of our lives, the Talisker Whisky Atlantic Challenge in 2021, rowing as a foursome across the Atlantic.’

‘As a team, each of us has been touched in some way by the hospice – which does such fantastic work around our local area and beyond.  While the RNIB is particularly relevant to me, as an optometrist, but also to Stuart Richards as he’s registered as sight impaired. Over the years he’s had tremendous support from the charity and is keen to give something back.’

Martin and the rest of the crew have a huge challenge ahead of them, battling 20ft high waves, seasickness and blisters, but he sounds undaunted: ‘What more of a challenge could you want and particularly in these times, when the opportunity presents grab it!’

Lizzi Wagner, RNIB’s Senior Challenge Events  Manager, adds, ‘Martin and the team are absolute superstars and we’re very proud and grateful to have them aboard Team RNIB. This is an extraordinary challenge and the money they raise will help fund vital services to support people with sight loss across the UK.

‘It’s especially exciting that one of the crew members, Stuart Richards, who is partially sighted himself, is helping to show that with the right support there should be no limits or barriers to what people with sight loss can achieve.

‘A huge thank you to the Wrekin Rowers from everyone at RNIB.’

The team have already begun training for the race, which starts on 12 December 2021, with indoor rowing sessions during lockdown restrictions and river and lake rows when allowed.  In the spring of next year their boat will move to the Welsh coast to allow for sea training.

The Wrekin Rowers have bought the boat, called the Noah SARC, themselves and self-funded the trip, so all the money they raise will go directly to their chosen charities.