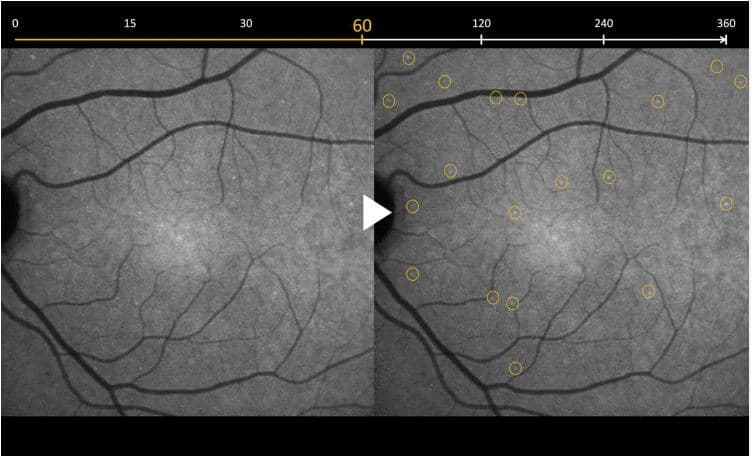 A pioneering glaucoma detection test that hit the headlines might, one day, be carried out in high street practice, predict researchers in a study published last month.

And, says Specsavers Professional Services consultant Dr Nigel Best, while it is clearly early days for this particular trial, it does help to continue to position optometrists at the frontline of glaucoma detection and care.

The pioneering diagnostic – developed by researchers at University College London (UCL) and the Western Eye Hospital and published in the journal BRAIN – allows doctors to see individual nerve cell death (apoptosis) in the back of the eye, up to 5-10 years before the condition would normally be identified, which means treatment can start before sight loss begins.

The examination uses equipment used during routine hospital eye examinations, and researchers have already said that eventually it may be possible for opticians to perform the tests.

The technique developed is called DARC, which stands for detection of apoptosing retinal cells. It uses a specially developed fluorescent marker which attaches to cell proteins when injected into patients. Sick cells appear as white fluorescent spots during eye examination. UCL Business, the commercialisation company of UCL, holds the patents for the technology – which also shows potential for early diagnosis of other degenerative neurological conditions, including Parkinson’s, Alzheimer’s and multiple sclerosis.

However, the technique has been tested on just 16 people in safety trials and far more research is needed, the study says.

Says Nigel: ‘Anything that can assist optometrists in detecting the earliest stages of glaucoma will result in much improved patient outcomes, and is therefore to be welcomed.’

‘It is interesting that the researchers have already indicated that, eventually, it may be possible that community optometrists will perform these tests as part of a routine eye examination. This yet again underlines the direction glaucoma care is headed and and supports why, at Specsavers, we are upskilling our optometrists in this area to enable them to deliver enhanced glaucoma services in the community.’

Specsavers’ charity partner, the International Glaucoma Association, has also welcomed the test as ‘an exciting trial’.