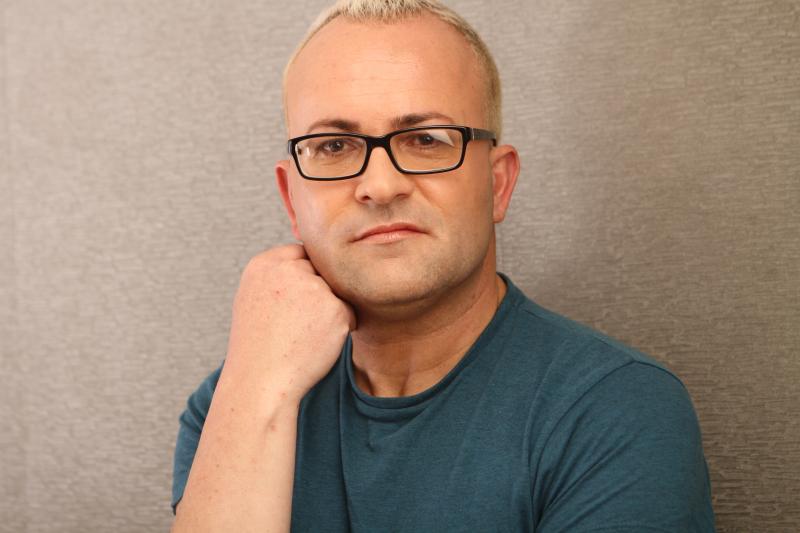 A late diagnosis with glaucoma which help saved his sight, spurred on Robert De’prose to dedicate his life to fundraising for Cancer Research UK.

The 50-year-old has raised hundreds of pounds for the charity through bucket collecting, fancy dress events and volunteering work. It followed his relief from not going blind after an eye test at an opticians led to a speedy referral for treatment of his late stage glaucoma.

The Romford resident first realised something was wrong with his sight four years ago when he noticed a line through his vision in his left eye so underwent his first ever eye test at the age of 46, and was given the all clear and sent home.

Robert put the problem to the back of his mind but two years later his vision started to deteriorate rapidly so he visited his local Specsavers in Romford for a second opinion. Optometrist Gajan Feehra told Robert the pressure in his eye was three times higher than it should be so referred Robert for emergency treatment at Queen’s Hospital in Romford who confirmed the diagnosis of glaucoma and he was operated on immediately. Surgeons were able to save the sight in his right eye and did not have to remove his left, as they had initially feared.

As the glaucoma was advanced he has been left with pinprick vision in his left eye but regained 20-20 vision in his right eye and is now being having his eye health monitored every three to four months.

Robert says: ‘I’m incredibly blessed that I was cared for by the Specsavers staff and they were able to refer me so quickly. Hearing the news was really sobering but I have to thank every single person involved in saving my sight. Without it I couldn’t care for my mother who has no one else to look after her and is my absolute world.’

After the sight-saving operation and battling years of (unrelated) depression, Robert believes the life-changing event has been a blessing in disguise as he is now determined to dedicate his time to fundraising for charities has now been given hope and a new lease of life.

Specsavers Romford store director Kevan Green says: ‘Robert was incredibly lucky he did come to us in the end, if he had waited any longer he could have gone blind. Too often people men put off sight tests, but ultimately the saying really does ring true that it’s better to be safe than sorry. We recommend everybody, whether needing glasses or not, visits a trusted and experienced optician at least every two years. Not only will this ensure their eye health remains in optimum condition, it will also help to detect any underlying health problems.’