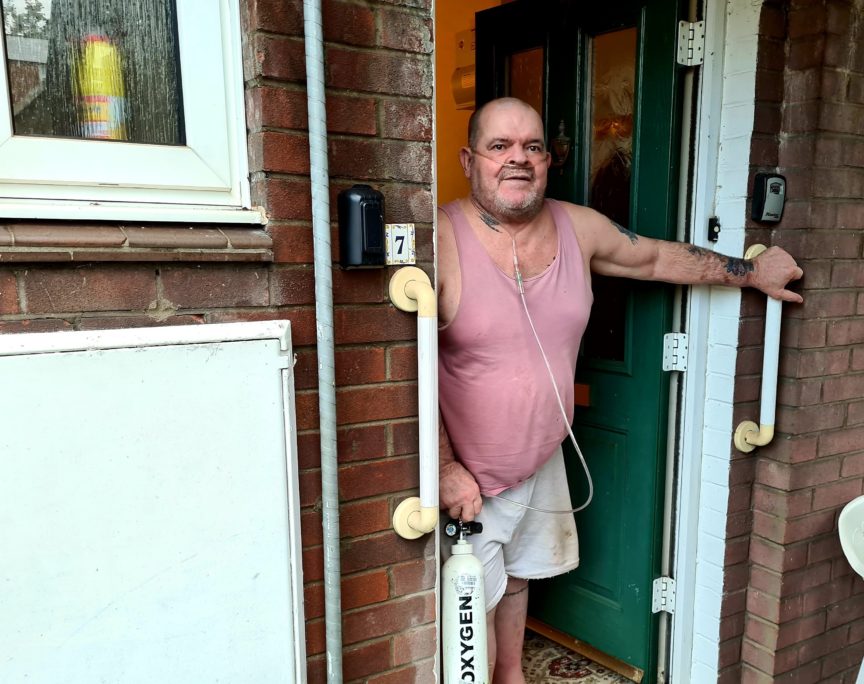 A 63-year-old man from Taff’s Well in Wales has described the moment he found out he was going blind as ‘heartbreaking’ – and the importance of community eyecare when people are shielding.

Clive Griffiths (pictured) was one of 130,000 people in Wales who were told to shield, due to health conditions that make them particularly vulnerable to COVID-19.

In Clive’s case, a serious lung condition coupled with agoraphobia meant he was unable to leave his flat. During the summer, Clive started to suffer from vision loss in his left eye.

‘It felt as if my eye was half-filled with water,’ he says. ‘I could barely see out of the bottom of it. It was terrifying.’

After an initial eye examination, Clive phoned his GP, who referred him to home-visit optometrist Jason Scaife. Jason visited Clive and quickly spotted that he was suffering from advanced glaucoma in both eyes. An urgent review by ophthalmologist Professor Morgan at the eye clinic in University Hospital of Wales and swift follow-up appointments with Mr Scaife has helped save the vision in the right eye of the 63-year-old, although sadly they were unable to save the left eye’s vision.

Clive continues: ‘I knew I had some issues with my eyes but being told I had advanced glaucoma was heartbreaking. It destroyed my self-confidence.

‘If it wasn’t for Jason’s constant support and reassurance, I don’t know how I would have coped. He checks on me regularly and even arranged to deliver my prescription to my house, so I could avoid unnecessary hospital appointments. His aftercare is truly second-to-none.’

Jason adds: ‘Clive’s story goes to show why our home visits service is so vital. Even prior to the COVID-19 pandemic, Clive was not comfortable venturing out to his local opticians, something that the nationwide lockdown exacerbated. I’m so glad we saw Clive when we did. While we were unable to reverse the damage, our intervention meant that at least some of his vision could be saved. Had we seen him much later, this wouldn’t have been the case.’