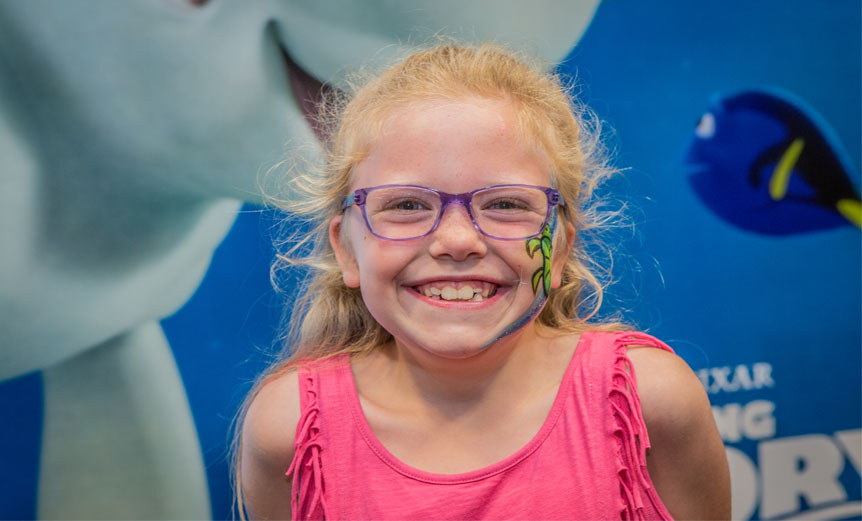 Finding Dory fans are in for a treat this summer as Specsavers launches an exclusive new range of children’s glasses featuring all the much-loved characters from the hit Disney film.

Launched just ahead of the film’s UK release on 29 July, the collection includes four different underwater-inspired frames so children can channel their favourite fishy characters. The Finding Dory glasses are priced at £64 and free for under-16s with an NHS optical voucher. All come fitted with flex-hinges and scratch resistant lenses with a UV filter.

The Finding Dory range is the latest in a successful collaboration between Disney and Specsavers. The Disney collection launched last year features characters and imagery from several Disney favourites including Frozen, Star Wars, Toy Story, Cars, Marvel, and Micky and Minnie Mouse. Within the collection is a range of eight pre-school frames available under the Winnie the Pooh brand.

With the Disney range, Specsavers introduced a number of changes in design and size to its children’s glasses to ensure the best anatomical fit for young faces. It followed the group’s ground-breaking study in conjunction with children’s eyecare specialist Alicia Thompson of ABDO, which identified a lack of great fitting, smaller frames on the market. All the glasses were designed based on the paediatric advice stemming from the study.

Over 30 bloggers attended an exclusive Finding Dory event at Disney’s headquarters in Hammersmith, West London on Saturday 23 July. Bloggers and their children were invited for a chance to try on the new Finding Dory frames, have their vision tested with the school vision screener and watch a sneak preview of film, ahead of its UK cinema release.