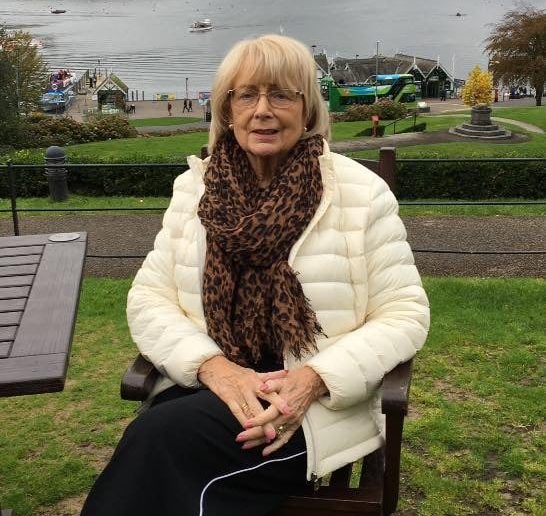 Former Mayor of Carlisle Mary Styth is urging people with cataracts not to be afraid of having them removed – because the operation can transform their lives.

The long-serving councillor has undergone a number of health procedures in recent years, including a heart bypass operation, spinal surgery and an emergency operation to treat a bleed on her brain after a fall.

However, it was the thought of having her cataracts removed that frightened her the most – although she now says the procedure was one of the most straightforward she’s experienced.

Mrs Styth had her second cataract removed this year at the Newmedica Middlesbrough eye hospital.

But Mrs Styth, who is married to Jim, 91, said: ‘I was more frightened about having the operation on my eye than I was about having my pacemaker fitted. I shouldn’t have worried though.

‘It went so well. People who’ve been diagnosed with cataracts shouldn’t put off having the operation. It’s wonderfully easy.

‘I was amazed at how incredible the whole experience has been. I’ve been short-sighted since I was 14, so pretty much all my life I’ve worn glasses, but now I don’t need them. I can see everything.

‘I still go to pick up my glasses to read the newspaper like I’ve always done. It will take a long time to break the habit of a lifetime.

‘My whole experience at the clinic was so good. It wasn’t just the efficient way I was received – it was the kindness. Everyone had masks on but you could see the smile in their eyes.

‘My eyesight is very important to me. Because of my cataract operations, I can continue seeing my three children and five grandchildren growing and enjoying their lives.’

Mrs Styth was made an Honorary Fellow of the University of Cumbria for a lifetime commitment to education, health and social care.

Annette Johnson, Operational Director at Newmedica Middlesbrough, said: ‘It was a pleasure to meet Mrs Styth. She’s an amazing woman and an inspiration to us all.

‘Many people put off having an operation to remove their cataracts, even if they risk losing their vision. Mrs Styth has shown that no-one needs to feel apprehensive about having treatment for their eyesight.

‘The surgery is quick, painless and life-changing, enabling people to maintain their independence for years to come.’