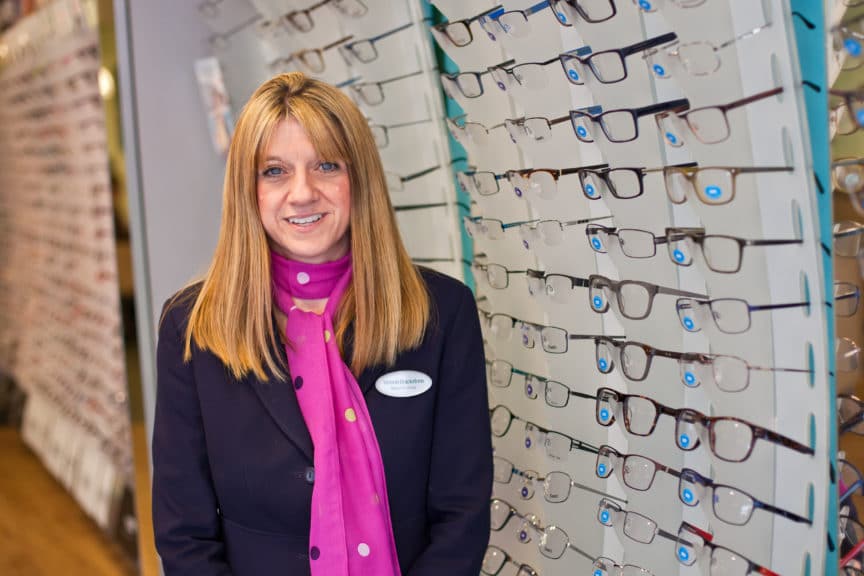 Optometrist Melanie Brackstone, shares why her Cheltenham-based practices got involved in a project to help people back into work.

‘At the time we were finding recruitment for some vacancies extremely difficult. I realised that we were going to have to think outside of the box’

We first got involved with the Going the Extra Mile (GEM) Project around a year ago when my PR co-ordinator learned of the initiative through her links with a charity. At the time we were finding recruitment for some vacancies extremely difficult. With this not uncommon on the High Street currently, I realised that we were going to have to think outside of the box and try something different to our usual channels.

On learning about the GEM Project, I thought it would be a great initiative to get involved with. 02 The GEM Project is jointly funded by the Big Lottery Fund and the European Social Fund. The scheme runs across Gloucestershire and aims to help people either back into work or into work in the first place. They may have learning disabilities, or they may have been caring for someone for a couple of years and are now ready to get back into work. It’s all based around guiding and supporting people in developing new skills, finding a work placement and gaining experience.

People that we recruit through the GEM Project go through the same recruitment process as all other staff, with an interview to decide if they are suitable for the role and then an introduction if they are successful. When someone joins us through the initiative they are accompanied initially by a ‘navigator.’ The navigator is present during the interview and is generally on-hand to support them through the process. After one month in post, we host a review with them and the navigator to make sure that everyone is happy with the work and, if so, they are signed off the scheme.

To date we have taken on five members of staff through the GEM Project – one in our accounts department, three in our laboratory and one cleaning. While they each are involved in the GEM Project for their own individual reasons, they are all so happy to be given the opportunity to learn and advance, and are just so happy to be at work – that is hard to find sometimes.

‘The morale of the team has changed dramatically. Everyone has come together to support these people and they have taken them in as part of the family’

The first person to join us through the scheme was Natalie Lawson-Lee, who has Down’s syndrome. Natalie works part-time in our lab helping with quality control, ensuring the glasses are clean and correctly boxed before they are dispensed to customers.

She is always very smiley and happy and puts a lot of effort into making sure she does the best job she can. Not only does the team in the lab enjoy working with her, but everyone else has really felt the benefit of having her around.

The benefits of being involved in this scheme are huge really. The morale of the team has changed dramatically since we have taken on people under the GEM Project. Everyone has come together to support these people and they have taken them in as part of the family – the team has become a lot stronger.

One particular gentleman who has joined us through the project came to us unable to read or write. His role involves cleaning the glasses and putting them in the cases ready for collection. However, the lab team quickly realised that because a lot of our glasses have designer cases, the gentleman was struggling to work out which glasses belonged in which case. They adapted their processes and began putting the right case in the tray with the glasses to support him. He’s now learning to read and write and has come on immensely since joining us. The good will is kind of immeasurable.

There is really nothing to lose when it comes to getting involved in the GEM Project. Both parties receive support from GEM and if, after a month, anyone feels that it hasn’t worked, or it isn’t right, it doesn’t matter. That person will have still benefited from a month of experience that they would not have had before.