We are capable of amazing, wonderful things and can overcome major obstacles when we put our minds to it.

Waldo Emerson, a 19th century philosopher and poet, is quoted as saying: “A man is what he thinks he is all day”. The power of the mind is an amazing thing, and the mind plays a pivotal part in overcoming obstacles and how we operate in everyday life. Within our heads we can have two distinct voices to listen to and one can often be louder than the other. That’s usually the negative one, the one that shouts out: “This will never work! You can’t do that. You will be scared!” It is not the situation we face that makes the difference. It is the decision that we make that makes the difference and that is depending upon which voice is shouting the loudest: the positive voice is the rational one and produces positive thoughts. The negative voice is the demoralising one and restricts our abilities to change, and this creates self-limiting beliefs. Do you know somebody who is always talking about things they cannot change and things they can’t do? This could even be you. If I asked you a question, what is your biggest self-limiting belief, what would you say? If I asked you how often you thought about things you cannot do, what would you say? 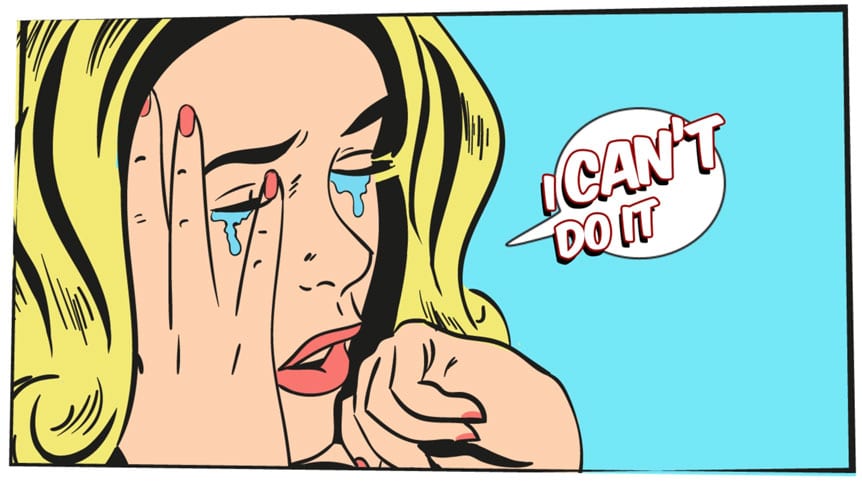 You can or you cannot

As Henry Ford famously said, whether you can or you cannot, you are right. You might have a couple of choices, but ultimately it comes down to taking action or ignoring the situation. People often think about what is the worst thing that can happen to me. The answers vary but in fact the worst thing that could happen to you is not taking control of your own life. You create thoughts which are a product of your mind and can possess great power, and the thoughts you often have are the ones that come true. Now can you imagine if Shakespeare had never picked up a pen because he thought he could not tell a story? Michael Jackson thinking he could never become a solo artiste or Martin Luther King thinking that nobody would be interested in what he had to say.

The best way to help us come to terms with our fears and face our self-limiting beliefs are through affirmations. Affirmations are a really useful mental tool for achieving success. Basically, if you change the way you think about the situation into a positive thought, the result will be different. What you affirm sinks into your sub-conscious mind and that actually becomes a part of your mind which consequently affects your behaviour and your actions.

If your affirmations are positive, then they will lead to success.

One person who knows all about changing self-limiting beliefs into positive affirmations is Byron Katie. Byron Katie has a fascinating life story. She came from a great background, had lots of wealth, had a career and a family, yet she still had doubts about her own life and it took a very hard path towards addiction, which resulted in nearly losing everything, including her life. Then in one day, on the floor of an attic in a halfway house, she started to think differently. All the suffering that goes on inside our minds is not reality, says Byron Katie. It is just a story we torture ourselves with.

Byron has a simple, easy to follow system for freeing ourselves of self-limiting beliefs. All war begins on paper, she explains. You start by writing down your stressful thoughts and then ask yourself the following four questions.

Is it true this question can change your life? Reflect and ask yourself if the thoughts you wrote down are actually true.

Can you absolutely know it’s the truth? Where is the evidence to back up your thoughts? This is another opportunity to open your mind and think rationally to find answers.

Who would you be without those thoughts? Now imagine yourself around that person or in that situation without believing those thoughts. How would your life be different if you didn’t have the ability to get stressed? How would you feel? Which one do you prefer in your life? Which feels more productive? And go with that.

Now we can change the emotional pattern which affects the way we deal with challenges. All major breakthroughs start with a belief. You gain freedom from overcoming your fears. I can’t speak in public. I’m afraid of heights. I’ll never be able to do that. 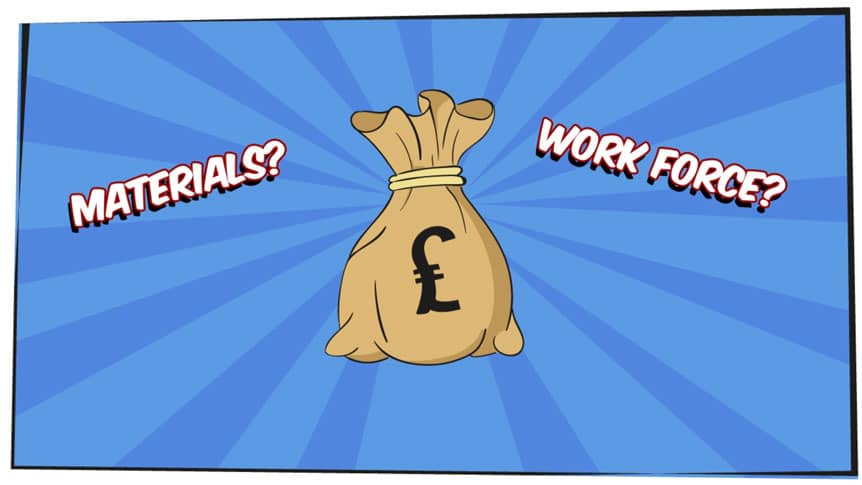 The Wright Brothers were two American brothers, inventors and aviation pioneers who are generally credited with inventing, building and flying the world’s first successful aeroplane. They made the first controlled, sustainable flight of a powered, heavier than air aircraft on 17 December 1903. In 1904 and 1905 the brothers developed their flying machine into the first practical fixed-wing aircraft. Although not the first to build and fly experimental aircraft, the Wright Brothers were the first to invent aircraft controls. That made fixed-wing powered flight possible. Were they the best resourced? No. Did they have the best financial backing? Did they buy the best materials or did they have the best skilled workforce? The answer to those questions are no. What they did have was a belief in what they wanted to achieve and made it to reality. What’s even more compelling about that story is the fact they made other people believe in it too. They all took accountability to make that belief a reality. 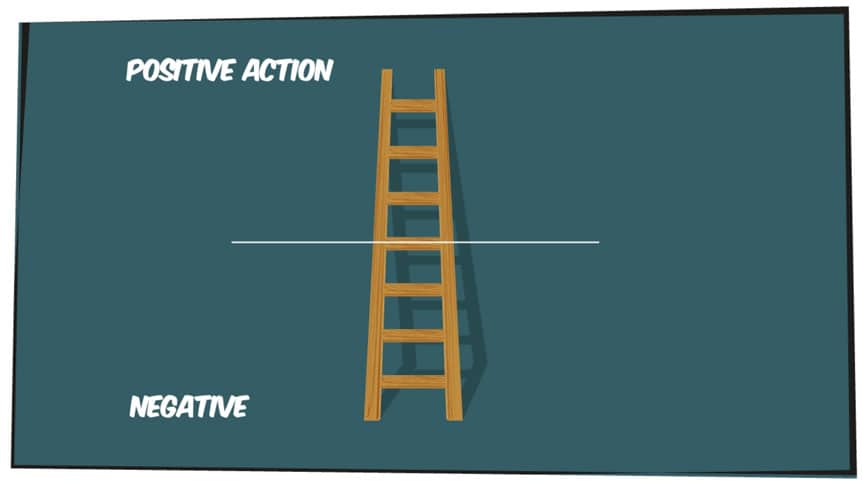 Another tool that can help us create positive action is called the accountability ladder. This ladder is split into two distinct parts. One is positive action, which is above the line towards the top of the ladder. The other are negative, which are below the line towards the bottom of the ladder. The accountability ladder is based upon your inner voice and your inner actions. Now if you find your inner voice is on the lowest part of the ladder, then you need to change. You are never going to get hired, you will never progress in your job and you cannot move higher up the ladder unless you take accountability. This is where people play the blame game. Instead of addressing the problems and finding practical solutions. Taking ownership and working towards solutions can be challenging and often difficult. This is why taking positive action becomes even harder.

Some people believe that outside circumstances are the only thing that determines their success and express those in opinions to themselves and others. ‘This is not my fault. How could I have known? Well, if you’d only helped me out in the first place.’

The purpose of the accountability ladder is to accept ownership for your own situation and take action to change the outcome and move up the ladder. The accountability ladder doesn’t necessarily mean you get the output you’re looking for or that you’re able to solve all of your problems. But what it does mean is that irrespective of whether or not things turn out in your favour, you can say, hand on heart, and look everybody in the eye and say that I was accountable for my decisions and that is reflected upon the work by Byron Katie. If you think of a situation where it’s not as good as it should be and you want to change it, then you need to own it. Become the solution and make it happen. If you want to change an aspect of your career or life, then you have to take accountability and own the outcome that you’re looking for. 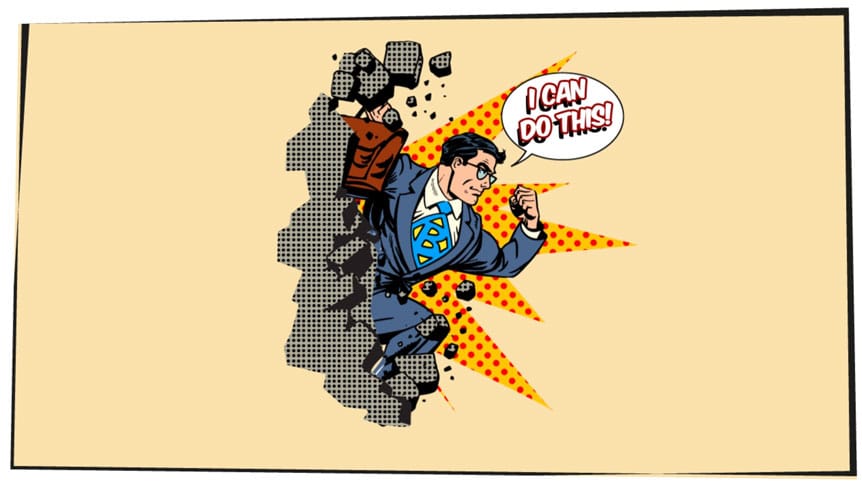 Change your inner dialogue from a victim language to a victor language. Identify the solutions that cause you to create self-limiting beliefs and ask yourself, is this real? Then take steps to take accountability.

Ask yourself or others the questions from Byron Katie and acknowledge the reality.

From there you can start to own the outcome.

From here you can start to find solutions to your problems and move towards a successful outcome.

So the next time you’re faced with a challenging situation that results in a self-limiting belief, question the reality of the situation and consider the steps you can take to move towards accountability. 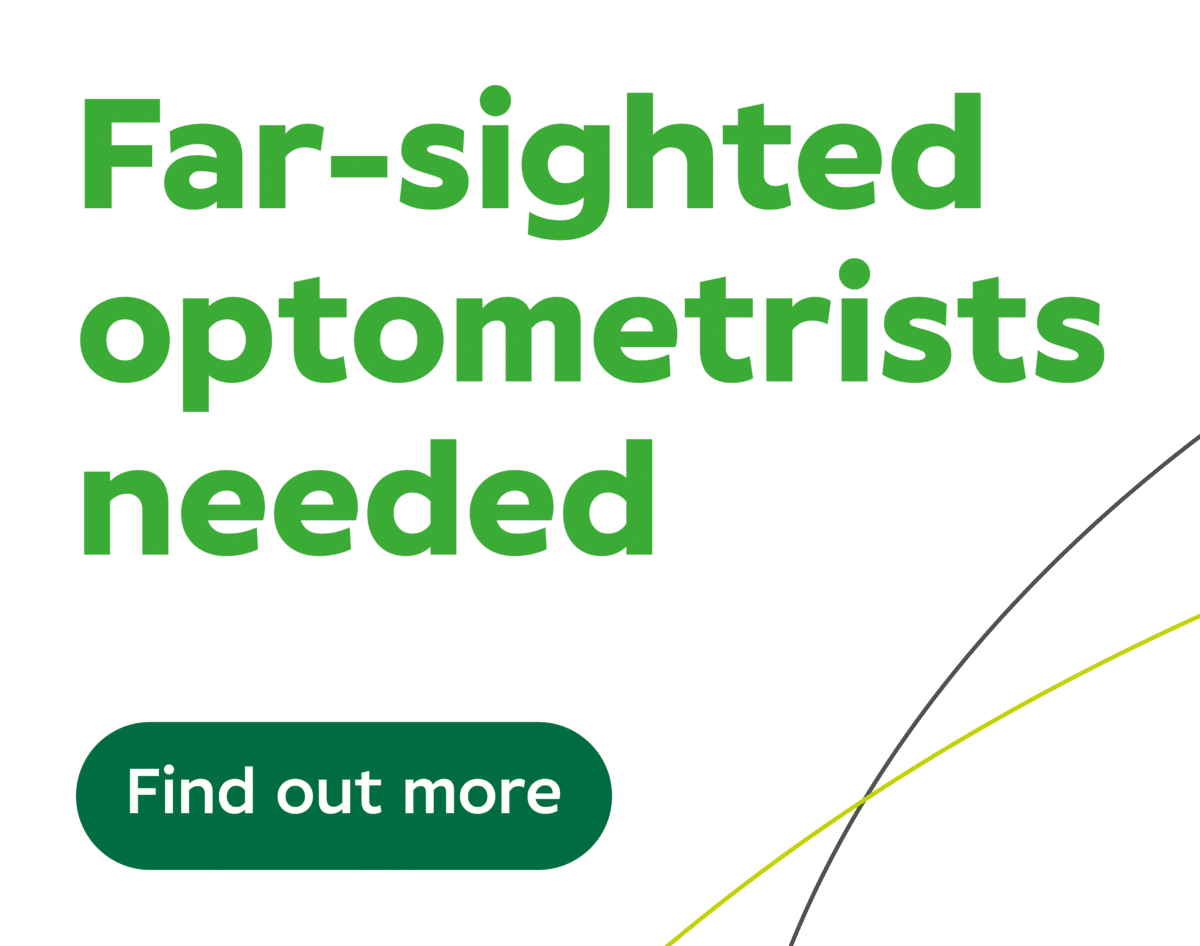